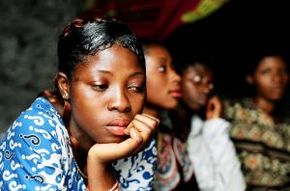 Their blue helmets symbolize hope. They are sent to countries where entire populations have been devastated by bloody conflicts. Soldiers from every corner of the world act as representatives of their countries on behalf of the United Nations. Their role is to keep belligerent factions at bay and to protect civilians. At least that is their official mandate. But observers have been increasingly asking, what if peacekeepers are part of the problem instead of the solution?

Paying for sex, sexual abuse, the rape of underage girls, the abandonment of thousands of newborn babies… a steady stream of accusations is directed at peacekeepers in Kosovo, the Democratic Republic of Congo, Liberia, Sierra Leone, Haiti… Do we really know how peacekeepers behave abroad? How could this happen? Who has turned a blind eye to such abuses all these years? How can victims hope for justice when the abusers are part of the same international military force that is supposed to assist and protect them? Shouldn’t the peacekeepers’ impunity be questioned?

For years, no one dared. Now, victims and witnesses are speaking up. What they have to say is a blistering attack on the peacekeepers’ reputation as modern-day heroes. Filmed mostly in the Democratic Republic of Congo and in Kosovo, this documentary looks at the women who have been turned away from their homes, the traumatized children and the families bearing the burden of social shame as a result of the peaceakeepers’ predatory sexual behavior. The international community cannot claim ignorance. Faced with the facts, it must call for justice. We all share responsibility for our soldiers. Don’t we?