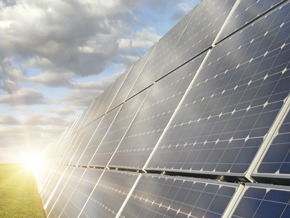 Energy of the Future

To respond to global demand and population growth, energy production will have to increase by 75% between now and 2050. Yet, the fossil fuels (oil, coal and natural gas) that we currently use on a massive scale are becoming increasingly rare. Moreover, they are highly polluting and cause greenhouse gas emissions that are warming the planet and wreaking havoc on the climate. This model has reached its limits.

So how do we stop using fossil fuels?  Will we all become energy producers? Will intelligent and innovative distribution networks come into being?  Will we invent new sources of energy?

In 2050, the energy mix will be a real alternative to oil : thermal, windmill, solar and tidal energies will have attained highly effective production levels. New distribution networks, in which the consumer will take on a new role, will de-compartmentalize centralized systems.

Special  guest appearance by Bertrand Piccard, the pilot who made history when he completed the first 120-hour flight over the Pacific Ocean aboard the Solar Impulse, an airplane powered solely by solar energy.

The Dreamers
Duke Hartman, Vice President of Development at Makai Ocean Engineering, Hawaii, USA
This American engineer is convinced that tomorrow’s source of renewable energy is to be found in our oceans, whether it comes from the waves or the temperature variations between the different layers of the ocean.
His dream : To make our oceans a source of renewable energy.

Steve Cowley, Director of the Culham Center for Fusion Technology, UK
This physicist thinks that the only way to solve the energy problem is to invent a new, clean and renewable means of reproducing nuclear fusion – the chain reaction occurring naturally in the sun – in a laboratory.
His dream : To recreate the Sun’s energy on Earth.

Lucien Gambetta, Founder of MotorWave, China
This engineer-chemist, living in Hong Kong for the last 20 years, has created his own micro-windmill business. He is betting on the power of the wind as an energy resource.
His dream : To create an ultra-effective windmill system.

André Broessel, Architect Rawlemon, Spain
André Broessel’s invention is a transparent bowl, similar to a glass globe, able to concentrate up until 10 000 times the light of the sun and the moon. This process would be 35% more efficient that any solar panel.
His dream : To install his solar globe on the walls and roof of every single house.