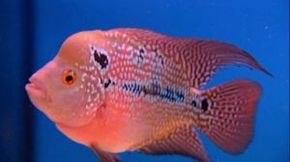 The Golden Dragon and the Upper Bird

This is a visually entertaining documentary about two exotic creatures from Indonesia, the Arowana, a fish and the Enggang, a bird.

The Arowana, according to Chinese belief possesses magical powers that enable human-beings to make contact with the invisible world. Seen as a fortune fish, it brings luck to anyone who possess it.

The Enggang is a bird representing the god of war and sacred to the Dayak, the indigenous people of Borneo. The film sheds light on the meaning the Enggans bird symbol has in Dakak Kenyah tribe.