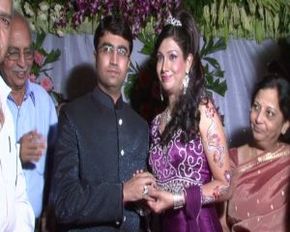 In an era of modernization in India, arranged marriages have become a multi-billion dollar business. Forty percent of the world’s marriages take place in India. Of them, a staggering ninety percent are arranged. Elaborate match-making meetings complete with websites and screening systems have emerged, making the choice of the ideal marriage partner a business and not an affair of the heart. "The Arranged Marriage" is a unique glimpse of modern India’s concerns: class, economics and status.

Our story follows three young women, one of which is the director of this film, as they embark on the journey through the Great Indian Marriage Bazaar.