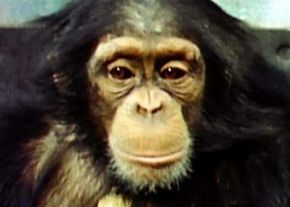 Celebrating the 50th Year of the Space Race in 2007

He was born in the Cameroon forest and became a national hero. Imported as a baby chimp he became one of the many candidates chosen by the Mercury Project whose mission was to send a human being into space and bring him back alive. From then on, he became Astrochimp #65 and was given the name HAM.

This docu-fiction follows HAM’s intensive training until his final selection and first space flight on a Mercury redstone Rocket, on January 31, 1961. His courage, endurance and intelligence contributed to the success of the American space program and just 4 months after Ham returned safely, Alan Shepard became the first American pilot to complete a successful space flight.

An entertaining look at beginnings of the space race.