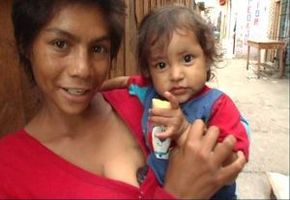 The capital of Honduras, Tegucigalpa, is like an undeclared war zone. There is an average of 16 assassinations every day. Despite the presidential elections of 2002, the military are still very much in charge. The country has changed little from the “heyday” of Central America’s banana republic days and the growth in organised crime has grown, fuelled by the drug trafficking trade.

As ever, it is the children who are the frontline victims of this failing state. Young teenagers are inducted into gangs and girls into prostitution in order to survive. A year ago, Doctors Without Borders set up a medical and counseling centre for 400 children. During the filming, one of the girls receiving counseling was murdered on the streets.