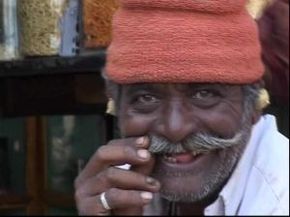 In the coastal regions of Gujarat, India, the human population has increased by 62% in just 20 years, creating an increased need for water for domestic consumption and farming. When too much fresh groundwater is pumped from aquifers close to seawater, the change in gradients caused by the pumping can result in a flow of salt water into the well. It is called “seawater intrusion”. With India’s demand for water increasing at an exponential rate, this is a developing disaster.

Salt water invasion affects 1,125 kilometres of coastline and is spreading at the rate of 550 square kilometres every year. Eighty-five percent of the population is involved in water-dependant livelihoods, so it is imperative that a solution be found as quickly as possible. Gujarat is the worst affected state. This film goes in search of solutions to this silent crisis.