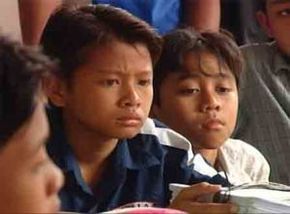 Inside the Jemaah Islamiyah

Jemaah Islamiyah, a militant Islamic organization, known to have killed as many as 202 civilians and wounded many others in the Bali car bombing in October 2002, is one of the most feared terrorist groups in Southeast Asia.

Who are the militants behind the masks?

A former senior commander reveals how he was recruited and how he trained some of the region's most notorious bombers. Terrorism expert Sidney Jones also weighs the success of the arrests of key organisation members and the continuing threat posed by the group.

Inside the Jemaah Islamiyah