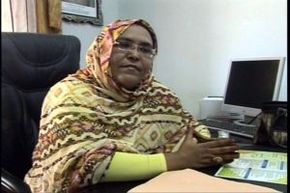 Mauritania: a Question of Rape

In the Islamic state of Mauritania, punishments are severe for any kind of sexual relationship out of marriage: an abuse known as ''Zina''. Rape is undefined in the country's law, and for a woman to allege she has been raped is to run the risk of imprisonment. Unsurprisingly, few do.

WOMEN ON THE FRONT LINE tells the story of women both in prison and out who are trying to bring change. Featured is Fatima M'Baye, the first female lawyer in Mauritania, who is part of the move to blunt harsh interpretations of Sharia: "As far as Mauritania is concerned, there was a time when we only applied Sharia...we're not there anymore - we are at a stage where we have a hybrid law," which, she explained, was trying to combine two - Sharia and secular - sources of law.