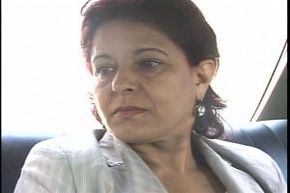 Today, Morocco is coming to terms with the human rights abuses of its recent past. Televised testimonies in a Truth and Reconciliation Commission set up by the Government have transfixed the nation. Morocco is discovering the truth about wrongful imprisonments, torture and disappearances of the past. The public has also discovered the prominent role women played in resisting abuses of the law in the 1970s and 1980s.

In this film, we feature two women - Fatna El Bouih and Khadija Rouissi - who survived the human rights abuses of the ''Iron Fist'', as some Moroccans describe it. Fatna tells us that she knew the risks she was taking: "Of course, I knew I risked being arrested...I risked disappearing."