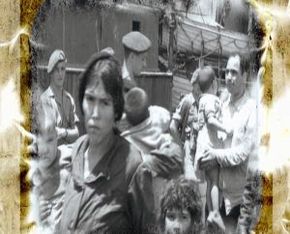 Today, more than two thirds of the 6.5 million Palestinians are officially refugees and dependent on aid administered by the UN. Last year the cost to the international community was close to a billion dollars.
For the most part, they live in squalid camps in Gaza, West Bank, Jordan, Syria and Lebanon, clinging uncompromisingly to their "right of return", which is just as adamantly rejected by Israel. It’s a major explanation for the faltering peace process.

In this film, we visit the camps, talk to refugees, academics and UN officials as well as Israeli and Arab policy-makers on both sides of the divide. Is there a solution or will the Palestinians, who make up more than a third of all the world’s refugees, remain indefinitely dependent on the longest-ever relief program?