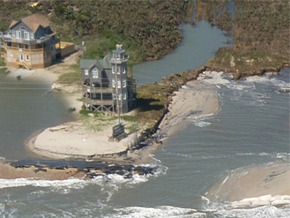 For millennia, hurricanes have threatened the Eastern USA, the Caribbean and parts of Latin America. But changes to global climate have serious consequences for the future: rising sea-levels mean that storm surge from hurricanes will impact ever further inland. Specialists believe that hurricanes will become less frequent but increasingly powerful. Nobody knows when a major Category 5 hurricane will strike next, so the desire to live ever closer to the beach puts more and more people on a collision course with the greatest storm on earth. With coastal habitats and natural defences such as coral reefs, irretrievably damaged, the future appears bleak.

Insight and interviews from leading experts such as Nobel Prize-winning climatologist, Jean-Pascal Van Ypersele, help the film explore whether we are prepared for the super storm of the 22nd Century.