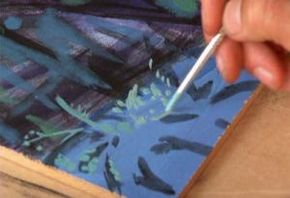 Eye of the Whale

Eye of the Whale follows the making of a monumental mural mosaic representing the West Coast and composed of 231 paintings, by over 200 artists from across Canada.

Designed by Lewis Lavoie of St. Albert, Alberta, the mural required that each contributing artist trust the process as the final image remained secret until the unveiling of the completed mural.

The documentary profiles the work of Lewis Lavoie and five artists who contribute paintings to the mural, among them world-famous wildlife artist Robert Bateman. The visions of the world around these artists are as varied as the techniques they use to portray it.

Eye of the Whale