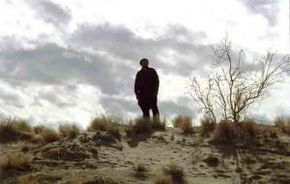 American Fugitive: the Truth About Hassan

American Fugitive: The Truth About Hassan tells the story of a young African American's sudden awareness of race in the United States in the aftermath of the killing of Martin Luther King, and of his long-running personal confrontation with Uncle Sam that began with the Black Power movement of the 1970s and the rise of Islam in the United States. The confrontation continues to this day, as David Belfield alias Dawud Salahuddin alias Hassan Abdulrahman remains on the FBI's most wanted list.

Exiled in Iran for the last 25 years, Hassan is a sharp-eyed observer and first-hand witness to several of the events that have shaped relations between Islamic Iran and his native America. His story is also that of US domestic and foreign policies and their role in the Middle East crisis.

American Fugitive: The Truth About Hassan, we meet Americans who question their country’s domestic and foreign policies and their impact on the conflict between the Western world and Islamic countries. Featuring interviews with Joseph Trento, an investigative journalist specializing in espionage, Gary Sick, who served on the National Security Council staff of President Carter, and the assassinated man’s twin brother, the film raises grave questions about the convergence between Iran 's conservative clerical rulers and their neo-conservative counterparts in Washington.

American Fugitive: The Truth About Hassan provides rare insight into one of the most critical issues of our time, and into the soul of a man with no place to go.