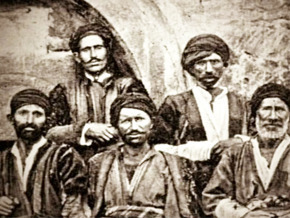 More than one million Armenians perished between 1915 and 1916 in massacres or brutal deportation programs. It was one of the 20th century´s worst genocides, and one of its most controversial. It has been the subject of bitter legal battles, with Turkey still denying it ever happened.

In an attempt to understand the origins, nature and stakes of the Armenian Genocide, Laurence Jourdan went back in time to look at massacres of Armenians in the decades leading up to the mass murder, and analyze the geopolitical situation both before and after the genocide. The film is peppered with reports and documents written by Western diplomats stationed in the Ottoman Empire when the events unfolded, giving us a remarkable look at the methods used and the deportation routes. These accounts are mixed with personal stories from genocide survivors who are still living, as well as archive footage from Ottoman authorities.