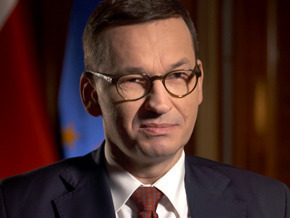 For his very first European Council as President in December 2019, ambitious Charles Michel, the former Prime Minister of Belgium, wants to hit hard. He suggests that the twenty-seven-member council commit to making Europe the first climate-neutral continent on the planet by 2050. Many of the Member States are willing to back the proposal, but Poland, 80% dependent on coal, is blocking the decision and demanding significant financial assistance, but after a seduction operation in Warsaw to prepare for the negotiations, the President of the European Council feels confident for his first big test. But nothing will go as planned ... Although he looks shy, Polish Prime Minister Mateusz Morawiecki proves to be a formidable negotiator.