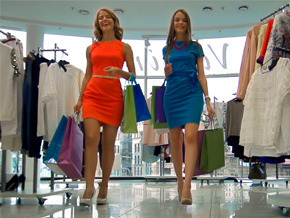 Degrowth, from Myth of Abundance to Voluntary Simplicity Newly Added

Degrowth, from the Myth of Abundance to Voluntary Simplicity, tackles the big question of economic growth in a finite world from the point of view of a social and deeply ecological movement known as Degrowth.

While governments put their politically and scientifically short-sighted trust in a technological panacea to resolve the crisis of the environment and resources that we are being subjected to, expecting to adapt the planet and humanity itself to the will of productivism, degrowth lays out a reworking of our way of life, considering the limits of the biosphere and the real needs of human beings.

This documentary juxtaposes two worlds. The world as it is now, a world of desire, of ‘having’ and ‘always more’, characterized by the absence of any restraint. It’s a myth which is cracking today,  thanks to the decline of energy resources and raw materials, and the environmental crisis, all of which are addressed in interviews with experts in this documentary. But another world is on its way, a world of ‘being’, aware of the limits of the biosphere, where the so-called ‘conscientious objectors to growth’ work together to build a socio-economic alternative which is both sustainable and liberating.

Degrowth, from Myth of Abundance to Voluntary Simplicity