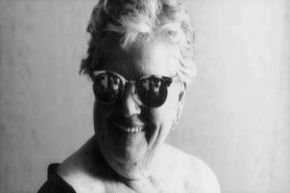 In 1999, the celebrated Montreal photographer Evergon took a remarkable series of nude portraits of his own mother, then 80 years old. The photographs were instantly recognized as a singular achievement: the black and white images embodied not the infirmities of old age, but the timeless strength, dignity, even majesty.

In 2007 Margaret Lunt left her long-time home in Niagara Falls, Ontario and moved to Montreal to live with her son. It was shortly afterwards, that filmmaker Donald Winkler embarked on a project that would explore what lay behind that series of photographs, uncovering in the process a poignant family history, a woman's determination to be her own person, how readily she threw off her own deepest cultural conditioning when she discovered both her sons were gay and a most unique and inspiring relationship between mother and son. The result...is Margaret & Evergon.