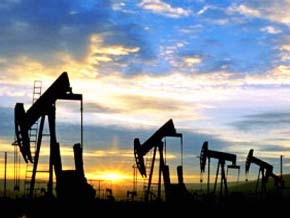 Late into the 70’s the Crisis seemed to have been reversed, but there was another problem in development…The Islamic Revolution caused the downfall of the Shah of Iran. National Oil production collapsed and many of the OPEC countries took advantage of the situation to jack-up prices.

The Iran-Iraq war worsened the situation and oil started to become a precious commodity with the intervention of the spot market, a day-to-day free market that sent the price of crude skyrocketing. It was no longer a formal business and speculation ruled. The industrial countries reacted favorably by reducing consumption and creating energy saving technologies. The dollar fell.

With the fall of the dollar, the OPEC countries found themselves in a conundrum, falling revenues, and the economic collapse of massive development plans aimed at creating third-world economies less dependent on the profits flowing from Black Gold.

The Third World Dream of the oil producing countries to preserve, protect and enhance their economies had turned into a very private club of feudal, dictatorial regimes and pseudo-democracies. At its origin, there were five countries: Venezuela, Iraq, Iran and Saudi Arabia followed later by Qatar, Indonesia, Libya, Abu Dhabi, Algeria, Nigeria, Ecuador and Gabon.

Ironically most of the OPEC members, with completely different interests, are being ravaged by violent, internal social unrest. An unrest that continues to haunt the Western Powers, spawning waves of terrorism that continue to threaten the long march of industrialization and the vision of globalization.

The Industrial Nations had technologically and economically ‘turned the corner’ and found themselves once again on the positive side of the oil issue.