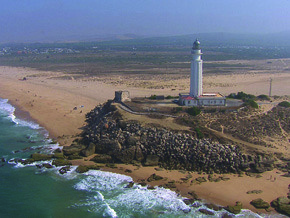 Andalusia from the Sky

Situated in the south of the Iberian Peninsula, Andalusia is an unmissable tourist region rich in history, flanked by the Atlantic Ocean and the Mediterranean Sea.

We discover the city of Cadiz, built upon a rock, which was one of the richest ports in Europe, where the houses of ship owners and the ships graveyard bear witness to its history.

We fly over Vejer de la Frontera and its historic centre, La Casa del Califa with its white houses, before making our way to the beaches of Tarifa, a favourite spot for lovers of kite surfing and late night parties.

We also watch the procession of the Virgen del Carmen, a fervent homage to the patron saint of the sea, a religious tradition that is dear to the people of Malaga.

As we travel along the coast, suspended between earth and sky, Andalusia reveals its many faces.