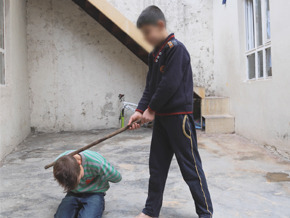 The members of the Islamic State call them “lion cubs.” They are between 4 and 16 years old. They’ve spent many months in military and religious training camps where they were subjected to brainwashing and abuse. Some have managed to escape and are now living in Turkey or in Europe.

Children of ISIS is a rare documentary that captures their stories. These witnesses describe life in the Islamic State’s military and religious training camps for children. They recount what they saw and heard, what they felt, and what they had to do in order to come out of it alive. Female recruiters and instructors talk as well, seconding the young deserters ‘statements.