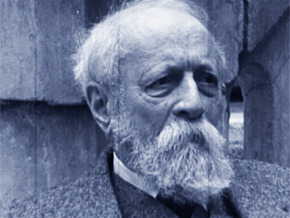 After Freud and Einstein, Martin Buber (1878-1965) was one of the best‐known Jews of the 20th century, an era he traversed as one of its principal actors and witnesses. The emergence of Zionism, Nazism and the creation of the state of Israel were all major concerns and subjects of profound and influential reflection.

As a philosopher, a central figure in contemporary German Judaism, and more widely, for « happy Jews », to use his own expression, (in contrast to the « lachrymose conception of Jewish history », as historian Salo Wittmayer Baron put it), throughout his life he promoted humanist Zionism and a Judaism that was open to others. His major work, I and Thou, influenced the speeches of Martin Luther King and the songs of Leonard Cohen. He corresponded with the greatest intellectuals of the 20th century.

Concerning the Arab-Israeli problem, he was the first to combat for a bi­-national state and wrote extensively on the question of respect among Near East peoples, at the same time warning of the risks that were to be run if this were not the case. His thoughts on the issue are all the more forceful in contemporary times as, to a degree, they were premonitory and ground-­‐breaking.

His voice is still indispensable in the violent, chaotic world in which we live today. « Humanism » seems to be a strange and distant notion when the hatred of others makes up our daily diet of news items and images.

Martin Buber, Itinerary of a Humanist