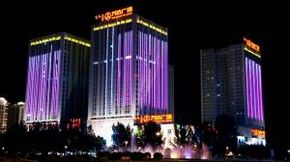 Rare earths are minerals critical for today’s state of the art technologies. Today, China holds over 90% of the world’s rare earth production and has started to restrict exports. To break their dependence from China, western countries are throwing themselves into a battle for the acquisition of alternative sources of rare earth.

To understand how important rare earth is, just open your iPhone. We can see “Designed in California, Assembled in China”. Why? Not only because it is cheaper to manufacture an iPhone in China... but it's also because an iPhone would be three times heavier and its screen would be black and white if there was no rare earth in it. In other words, there would be no iPhone!

Baotou is a mining city in Inner Mongolia, north of China, where the world’s biggest rare earth mine operates. This is also where Chinese authorities have set up what they call a “Silicone Valley of rare earth” which provides easy and cheap access to these minerals in order to attract foreign manufacturers.

The Chinese do not really want to export only the crude materials; they want to manufacture the product as well.

In the US, strategic industries have already relocated thousands of jobs to China – including skilled jobs for research. This brain drain has had an impact on businesses, lives, and on US national security – because no rare earths means no technology for warfare.

Japan is the major producer of Prius hybrid vehicles and relies heavily on rare earth. In 2010, Japan implemented an informal Chinese embargo on rare earths and today is far more advanced than anyone else in coming to terms with the its scarcity. To break their dependence from China, the Japanese have discovered tons of rare earth in dumps – and know how to recycle it. The Japanese are also working on finding alternative materials for rare earth and creating strategic stocks.

To circumvent China, countries such as Japan, South Korea, Russia and Germany have signed agreements with Kazakhstan to extract rare earth. With huge mining potential, Kazakhstan is seen as a future battleground for rare earth. Competition is stiff and is reshaping the strategic importance of Kazakhstan in Central Asia and the rest of the world.