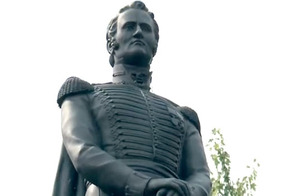 The Heirs of Châteauguay

In 1812, the war between England and the United States included thousands of French Canadians who fought to defend their homeland. This war created heroes such as Charles-Michel de Salaberry and his Canadian Voltigeurs, whose legacy lives on in the Voltigeurs de Québec.Louis-Joseph Papineau, a young militia captain in 1812, was fighting on another front, that of democracy. French Canada was experiencing a period of political tension which would peak in 1837 with the Lower Canada Rebellion.