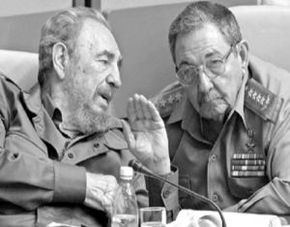 What will Cuba’s future be once its legendary leader has disappeared? Will the country open up to democracy or remain isolated: the ultimate assessment of Fidel’s era will depend on this choice.

As Castro approaches death’s door, he is faced by his main witness, Commandant Huber Matos. The man who certainly was Che’s and the Castro brothers’ closest strategist in the Sierra Maestra, the man who was so popular that Fidel thought that he would overshadow him, the man who was sentenced to a twenty-year-long imprisonment for being a "too revolutionary", reexamines the history of the Cuban Revolution from the attack of the Moncada to the recent transfer of power to Fidel Castro’s brother Raúl.

With no words of revenge, Hubert Matos remembers the details of the Cuban Revolution.

The topics discussed in this series include: