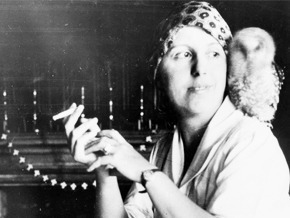 From Kenya to Denmark, the true story of Out of Africa.

A pioneer in her time, Karen Blixen is today regarded as one of the 20th century’s great writers. Between her home country of Denmark, where she would also write, and Kenya, her adopted home for 17 years, she led an exceptional life. She would truly find herself in Africa, a continent she deeply loved, where she experienced great joy and great sorrow, and finally return to the point of departure, the family home, where she would ease her pain through writing. “No-one paid a higher price to become a writer than I“.

It was in the northern light of her native Denmark that she wrote her best-known work “Out Of Africa“, which was made into an internationally successful film in 1986 by Sidney Pollack, starring Meryl Streep and Robert Redford. The director of this documentary, Elisabeth Kapnist, profiles the life of an extraordinary woman, an audacious adventurer, and a story-teller worthy of a modern-day Scheherazade.