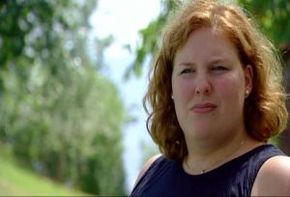 Marie-Nicole Lemieux - a Voice for All Seasons

Marie-Nicole Lemieux first burst on the international scene in the spring of 2000, when the 24 year old contralto from Lac Saint-Jean, in northern Quebec, became the first Canadian to win the First prize and the Special Prize for Lieder at the prestigious Queen Elizabeth International Music Competition in Belgium.

A Voice for All Seasons traces the young singer’s progress from that magical moment in her life and accompanies her as she spends time with friends and family in her home town of Dolbeau-Mistassini.

We sample two extraordinary musical performances: a concert performance of Gluck’s Orpheus and Eurydice at Quebec’s summer music festival in Lanaudière, and a selection of songs from a recital in Prescott, Ontario, which includes music by Schubert, Reynaldo Hahn, and Samuel Barber.

Marie-Nicole Lemieux - a Voice for All Seasons