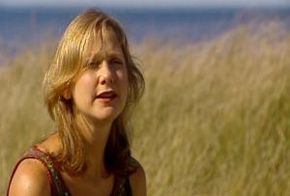 Soprano Suzie LeBlanc left her native Acadie at the age of 18 to pursue her education and career. Though she has established herself internationally specializing in Baroque and Classical repertoire she personifies the old saying that Acadians are born with songs in their veins and music in their fingertips.

In recent years she has renewed her affiliation with Acadia's history and traditions through her music. In 2004 she released, to great acclaim, La Mer Jolie, whose songs reflect the importance of the sea to Acadian life.

In October 2006 she presented a new selection of songs in New Brunswick. A Musical Quest follows her there to meet the people who have preserved these songs in their collective memory. We trace the links between the music and Acadia's painful, yet inspiring history, and visit with Suzie LeBlanc, the landscapes and landmarks that formed her childhood and youth. All these elements are interwoven with the performance of the music itself.