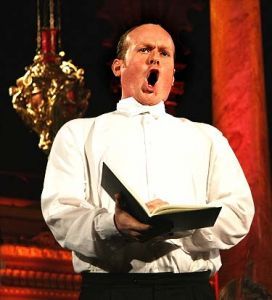 Ode to a Requiem

Ode to a Requiem is a testimonial to the role played by music in mourning and consolation. It takes as its starting point a performance of Mozart's Requiem Mass by the Quebec based chamber ensemble, Les Violons du Roy, and its chorus, La Chapelle de Quebec. Ever since the Violons performed the Requiem in and near New York City just days after the 9/11 terrorist attack in 2001, the group has become identified with the work, and the live recording of its performance in Troy, New York, has been widely hailed and immensely popular.

Interwoven throughout this music documentary are elements dealing with the performance's preparation, its interpretation (including an interview in Cambridge, Massachusetts with Robert Levin, who prepared the current version of the piece), testimony by those who witnessed and participated in the performances following the 9/11 tragedy, and historical material concerning the circumstances surrounding Mozart's composition of the Requiem, and the requiem form in general. The film is both a celebration of a musical masterpiece and a tribute to music's capacity to comfort and uplift the human soul in times of trial, crisis, and upheaval.

Les Violons du Roy is a Canadian chamber ensemble with a sterling international reputation. The group has just recently celebrated its 20th anniversary. The film ODE TO A REQUIEM places the musicians, who hail from various parts of Canada, and their Quebec born director, Bernard Labadie, centre stage in a moving tribute to their artistry.

Ode to a Requiem